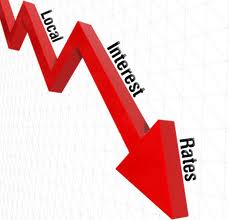 In day to day conversation we tend to hear references to “the interest rate”. This is somewhat misleading, as in an economy there are dozens if not hundreds of rates interest between borrowers and lenders. The differences in rates can be due to the duration of the loan or the perceived riskiness of the borrower. To learn more about the different types of interest rates, see What’s the Difference Between all the Interest Rates in the Newspaper?

How Low Can Interest Rates Go?

Theoretically nominal interest rates could be negative, which would imply that lenders would pay borrowers for the privledge of lending money to them. In practice this is unlikely to happen, but on occasion we do see real interest rates (that is, interest rates adjusted for inflation) go below zero.